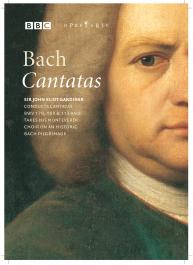 "A revealing diary of an ambitious pilgrimage...the Monteverdi Choir, typically bright and incisivethe four soloists matching them in those qualities...it is the Czech mezzo, Magdelena Koená, who wins first honours with her superb singing...moving on the one hand, brilliant on the other." (Gramophone)

"For every familiar work in the Bach cantata canon, Gardiner and company introduced audiences across Europe and beyond to a dozen others that they had never heard before through their Bach Cantata Pilgrimage...the performers capture the religious dimensions of the little known early Leipzig Cantata BWV 179...The comprehension of Bachs music and its links with Lutheran theology are further underlined by Magdalena Kozená, who continues to articulate Bachs vivid imagery with eloquence and subtlety. Warmly recommended." (Choir & Organ)

"Gardiner, as usual, holds forth eagerly and informatively on his subject, and we glimpse extracts from various concerts and rehearsals. In the concert itself, Magdalena Kozena is predictably wonderful, intense in voice and spirit, in the fine solo soprano Cantata No. 199, 'Mein Herz schwimmt im Blut'." (BBC Music Magazine)

"The DVD offers not just three complete Bach cantatas but an hour-long feature film. The cantatas are very well chosen...The tenor, Mark Padmore, is excellent; the counter-tenor, William Towers, and the young German baritone, Stephen Loges, are consistently firm and clear. But it is the Czech soprano, Magdalena Koena, who wins first honours with her superb singing in the solo cantata, Mein Herz schwimmt im Blut." (The Penguin Guide)