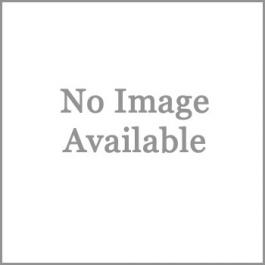 The Pillar of the Cloud - Five Centuries of Oxford Anthems (Choir of Magdalen College, Oxf

In this first commercial recording under new Informator Choristarum Mark Williams, The Choir of Magdalen College, Oxford bring their beautiful sound to 14 glorious anthems composed by great composers associated with the city of Oxford. Featuring stunning a cappella work, as well as accompanied singing, the music transports us to the iconic spires of the city, pointing us towards the clouds with beautiful harmonies – restarting the longstanding relationship between the choir and Opus Arte.

"Appointed music director at Magdalen College, Oxford, in 2017, Mark Williams is only now making his first statement with the choir on disc. ‘The Pillar of the Cloud’ is a mixed recital that pays tribute to Oxford’s many composers, whether graduates – Weelkes and Tomkins or, more recently, William Walton and Lennox Berkeley – or those with longer professional associations such as William Harris, Leighton, Parry and Rubbra. There’s some wonderfully, unfairly unfashionable repertoire here. What a joy to find Basil Harwood, Rubbra and Magdalen’s own Bernard Rose here alongside more core Oxbridge choral fare. Magdalen’s sound has always had an unmannered, forthright quality to it, something Williams celebrates in the jagged, ecstatic dance of Leighton’s Let all the world and the surging unison swell of the Harwood. The trebles’ naturally bright tone illuminates Berkeley’s O that I once past changing were but is turned deftly down to achieve the softer blend of Parry’s Crossing the Bar and Sheppard’s setting of the Lord’s Prayer. The extended opener Lead, kindly light is nicely paced and calibrated for drama, with an outstanding solo from tenor Maximilian Lawrie, while Rubbra’s There is a spirit puts the fine treble Thomas Pennington-Arnold in the spotlight. There’s real generosity, directness and energy from these singers, but that can just sometimes work against them. Walton’s A Litany lacks, for me, that spare edginess that can bring out both its extraordinary harmonies and the text’s fragile exhortation (though the basses give a wonderful anchor), while the Rubbra feels just a little too earthy, lacking that cloudy impermanence, that sense of the ‘spirit’ that animates the verse. The tradition may be a long one but Williams, who recorded this at the end of his first year in post, is still just at the beginning with Magdalen. It will be interesting to see where he takes the choir and its sound over the next few years." (Gramophone)